Born in 19 November 1985. Badshah was born in Delhi. His father is Haryanvi and mother is Punjabi. He married to a named Jasmine. Badshah and Jasmine have a baby together named jessemy Grace Masih Singh he completed his schooling from Bal Bharati public school, Delhi. He used to perform in his school choir. Before becoming a full time musician he enrolled as a math student at the prestigious Banaras Hindu University in Varanasi before moving to civil engineering at PCE, Chandigarh. Where he was exposed to new Punjabi music which promoted him to take on “Rap” writing. He stated that, “if he had not become a rapper, then he may have become an IAS officer.” 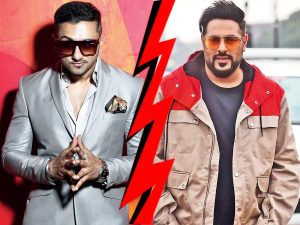 Badshah mostly known for his Hindi, Haryanvi and Punjabi songs. Baadshah is one of the highest paid artist and also controversial rapper of India now a days. He started his career in 2006 alongside yo yo honey Singh in his Hip Hop group Mafia Mundeer. Then he split from honey in 2012 and finally released his own independent Haryanvi song kar gayi chull, which was later adopted in the 2016 Bollywood movie, Kapoor and sons, starring Alia Bhatt and Sidharth Khurana. Right now Badshah is a superstar in the industry his music has been featured in so many Bollywood movies. The rapstar also considered one of the highest paid musician in the market also controversial rapper of India.

Rapstar Badshah debut single “DJ wale Babu” featuring Aastha Gill was ranked number one of the India’s iTunes chart within 24 hours of the release the song crossed a million views on YouTube within 30 hours.

Miss Samyhttps://theflashtimes.com
Miss Samy is an Author and Co- Founder of this company named The Flash Times. Before she started writing blogs and articles for Flash Times, she used to work in Health Care Sector saving other peoples lives. Then she decides to follow her dreams. She is a website designer, administrative, an amazing blog writer. Her latest work you can read in www.TheFlashTimes.com
Previous articleCoronavirus New Variant Omicron –
Next articleChicken 65 Step By Step Recipe –